- To Accelerate Development of Smart Construction that Incorporates Artificial Intelligence and Drone Technologies, among others, through Academy-Industry Cooperation 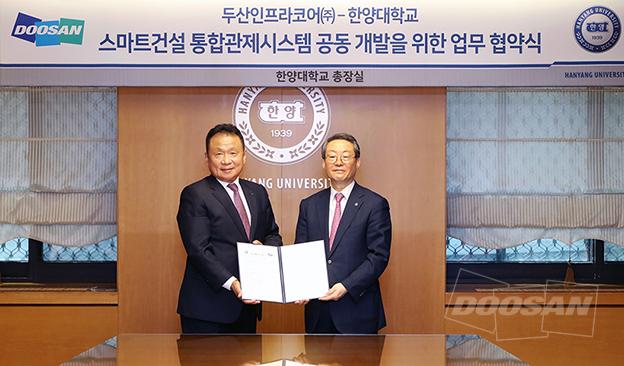 Dongyoun Sohn(left), president and CEO of Doosan Infracore, and Ph.D. Youngmoo Lee, president of Hanyang University, posing for a photo opportunity following their execution of an MoU on the development of an integrated smart construction control system

On June 19, Doosan Infracore announced that it had executed an MOU with Hanyang University in Seoul for the development of an ‘Integrated Smart Construction Control System’ and general business cooperation.

On June 18, an MOU execution ceremony was held at Hanyang University in Seoul with the attendance of Ph.D. Youngmoo Lee, president of Hanyang University, and Dongyoun Sohn, president and CEO of Doosan Infracore. The MOU is aimed at the development of an integrated control system, one of the basic technologies required for the realization of smart construction, and promotion-related business cooperation.

‘Smart construction’ refers to a futuristic construction platform that is aimed largely at establishing an entire construction plan based on environmental and topographical construction data and civil engineering sites, as well as the operation of unmanned construction machinery and the monitoring of overall work progress from a central control center, among others.

Doosan Infracore and Hanyang University are planning to develop an integrated control system that ranges from the establishment of operation and utilization plans for construction equipment and materials to the utilization of three-dimensional digital information on worksites. The system verification is set to be completed by the end of 2019.

First quarter revenues of $5.6 billion and EBITDA of 12.6 percent of sales 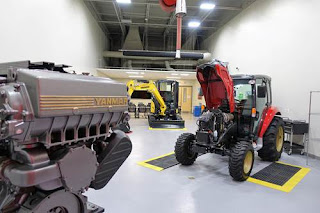 YANMAR America is pleased to announce the launch of the YANMAR//ACADEMY and POWER//TRAIN following the recent opening of the EVO//CENTER, YANMAR America’s training and customer experience center headquartered in Acworth, GA. Both initiatives provide an enhanced training experience focused on YANMAR’s dealerships, employees, and customers. The YANMAR//ACADEMY consists of eight schools; six focused on dealer training, one on employee training and one dedicated to customer training. POWER//TRAIN is the registration, curricula control and e-learning system for dealers and employees focused on sales, marketing, service, parts, finance and other business topics.

YANMAR//ACADEMY brings a systematic approach to training with a variety of course offerings for YANMAR’s product lines, including agricultural equipment, construction equipment, utility task vehicles, industrial diesel engines, marine diesel engines, combined heat and power systems and variable refrigerant flow systems. These courses are led by staff experts; are structured to meet the needs and skill levels of the enrolled students and are conducted in state-of-the-art, product-specific training labs designed with classrooms featuring 60-inch computer displays and student computers, as well as hands-on learning spaces complete with master and student tool boxes and room exhaust systems at the EVO//CENTER.

Tim Miller, YANMAR America’s Senior Manager of Learning & Development, stated, “My goal for our training is to not just train students on how to repair units that are broken, but to also teach them how to properly troubleshoot and develop the right diagnostic steps and practices, so that when technicians get on different machines, they can use the same steps and theology.”

YANMAR’s POWER//TRAIN is an integral part of the YANMAR//ACADEMY, which presents instructor-led and eLearning curricula in five skill levels ranging from beginner to train-the-trainer. This system also tracks student enrollment and transcripts with the ability to create reporting for dealership management on their staff’s training progress. 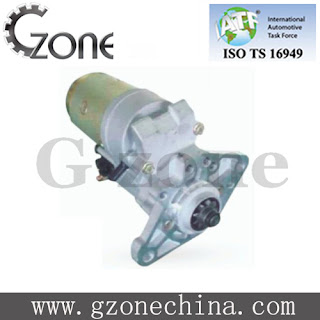 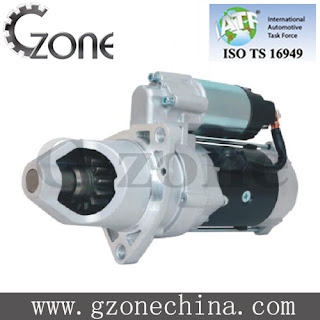 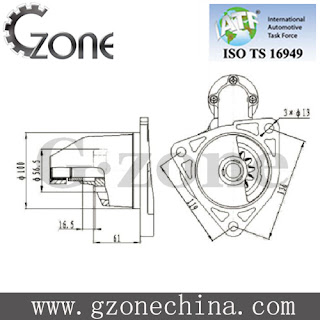 Do you know how Starter Motor works

Do you know how starter motor works and how to start the engine?

Hope the following video can help us to understand it. 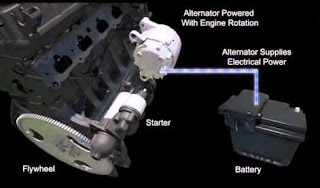